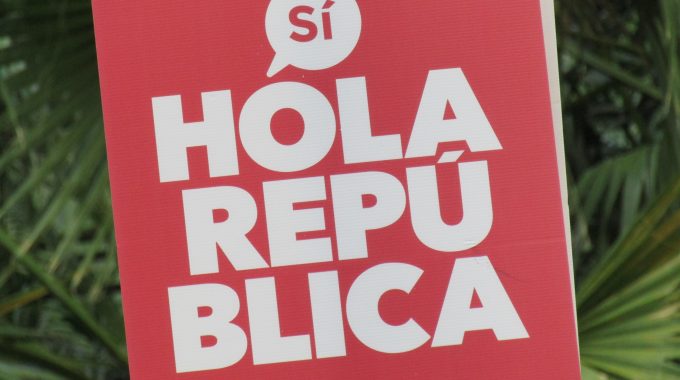 Some hope that Friday 27 October will be remembered for the birth of the new Catalan Republic, but in fact it will go down as the day hopes for a negotiated solution to the crisis crumbled into an ugly struggle for control of Catalonia.

In scenes unimaginable to many even a few months ago, the Catalan parliament voted on Friday to declare independence from Spain. Crowds cheered and waved the now ubiquitous Estelada flag, as long-held dreams of the creation of an independent Catalan Republic appeared to be being realised. Less than an hour later however, the Spanish parliament in Madrid voted to invoke Article 155 of the Spanish Constitution, giving the central government powers to take control of Catalan institutions, effectively suspending self-rule. As Barcelona Mayor Ada Colau put it, the train crash, long dreaded, had finally happened.

That we have reached this point represents a failure of political leadership on both sides of the debate that will have far-reaching consequences for Catalonia. Just a day earlier, on Thursday, a deal seemed within reach. But for reasons we will probably never know, it fell through, with each side blaming the other.

With his new powers secured, Spanish Prime Minister Mariano Rajoy’s government moved immediately to dissolve Catalonia’s parliament and called elections for 21 December. Nevertheless, Catalan president (or former president?) Carles Puigdemont made a televised address on Saturday insisting that his government would continue working to create the new state, and called upon Catalans to peacefully resist the application of Article 155.

What next? Far from being over, this crisis looks set to deepen in the coming weeks and months.

Rajoy has insisted that “legality will be restored” to Catalonia. In many ways, he seems to hold a strong hand. Not only is the law on his side, but Britain, Germany, the US and the EU have all reiterated their support for Spanish unity and it seems unlikely that the newly declared Catalan Republic will receive any significant international recognition. An optimist might hope for a brief and surgical application of Article 155, with just the minimum intervention needed to secure the elections, followed by a swift restoration of Catalan self-rule under a newly-elected Catalan government.

Such optimism underestimates two important factors: Firstly, the inability of the Government in Madrid to grasp that the nature of the problem is political, not legal, and secondly, the vastly superior organisation and motivation of the pro-independence movement.

Rajoy’s Partido Popular (PP) government suffers from an overly-legalistic mentality with respect to calls for Catalan independence. Instead of engaging politically with the issue, say by offering greater autonomy to quieten independence calls, or even by simply making the positive case for unity, they have attempted to lock the door to Catalan independence using the law. The now infamous Statute of Autonomy was hollowed out by the Spanish Constitutional Court following a challenge submitted by the PP. They have refused to even discuss the possibility of a legal, Scottish-style referendum, on the grounds that the Spanish Constitution forbids it, as if constitutions cannot be amended. Obviously, bearing in mind where we are now, this approach has been an utter failure.

It is only by recognising this legalistic mentality that the catastrophic blunder of sending in the Spanish Policia Nacional in riot gear to prevent the October 1 referendum from taking place makes any sense – for Rajoy, the referendum was clearly illegal, and it was his duty to uphold the law, by force if necessary. He was apparently incapable of predicting that images of riot police beating back peaceful civilians in order to seize ballot boxes would be a valuable gift to the pro-independence leaders – boosting local support for their cause and winning them international sympathy. Worryingly, Rajoy shows every sign of being similarly blind when it comes to implementing Article 155.

In contrast, the Catalan pro-independence movement is slick, agile and media-savvy. They have catchy slogans, well designed posters and a highly-motivated army of multi-lingual social-media warriors making their case day in, day out. They have successfully associated their campaign with positive language; “dignity”, “liberty”, “self-determination”, even “democracy” all belong to them. Their ability to mobilise people, organise demonstrations quickly and communicate their message is incomparable to the lumbering PP dinosaurs in Madrid.

Puigdemont has called for peaceful civil disobedience, and it’s not difficult to see how groups of motivated citizens could impede the implementation of Article 155, say by surrounding Catalan institutional buildings to prevent officials being removed from their posts. Mayors of Catalan towns have said they will only recognise the (now officially deposed) Catalan administration, some even claiming that they will not participate in the 21 December election. A strike has already been called by a minor union, and more could follow. If Puigdemont and other key officials are arrested and charged, large protests seem inevitable.

Rajoy has backed himself into a corner by failing to engage with arguments or reason, instead choosing a legalistic solution in Article 155. In the face of well-organised civil disobedience and peaceful protest, he will have only one recourse – force. He therefore, walks an incredibly fine line, risking failure on the one hand by allowing civil disobedience to frustrate his efforts to reinstate the Spanish Constitution in Catalonia, and on the other by falling into the trap of using violent force against peaceful citizens, and thereby boosting support for Catalan independence at home and abroad.

Rajoy’s precarious balancing act will not have escaped pro-independence leaders, and their aim will surely be to draw him into a show of force which would not only reinforce the narrative of Catalan independence as a human rights issue, but bring pressure on EU and international leaders to condemn the violence and weaken their support for Spanish unity.

But the pro-independence movement also has its weaknesses. Despite their claims to be in favour of dialogue, the mask slipped briefly on Thursday, when it looked like a deal might be reached whereby Puigdemont would call fresh Catalan elections himself, thereby possibly avoiding the application of Article 155. For a couple of hours, it seemed there might be a compromise solution to avoid the train crash. But far from welcoming it, the most zealous pro-independence groups reacted with horror, refusing to accept it and calling people to the streets. This reaction shows the more cynical calculations beneath the positive messaging of the pro-independence camp – they don’t want compromise, they want revolution.

The Independent Catalan Republic declared on Friday has little realistic chance of survival, but the motivated and organised protest movement that helped to bring it about is not going away anytime soon. Many people who may not have supported independence in the past are understandably furious at Madrid’s refusal to engage constructively with their concerns and especially with the violent response to the referendum on 1 October. Their anger is being efficiently channeled in the service of the pro-independence cause, creating deep social divisions that it will be difficult to recover from.

It’s less than two months till the proposed elections on 21 December but a lot can happen between now and then. Hopes for a negotiated solution have been crushed, and the tense standoff has crumbled into what will be an ugly struggle for control of the future of Catalonia. From where we are now, the best-case scenario – that Rajoy manages to navigate applying Article 155 sparingly and sensitively, and that the elections on 21 December produce a new Catalan government that is seen as legitimate by most Catalans -seems overly optimistic.

That a leader charged with navigating this minefield is blinkered by an overly-legalistic approach to a political problem does not bode well. Add to that the zealous single-mindedness of the pro-independence camp, whose only hope lies in Rajoy’s failure, and the outlook is bleak. 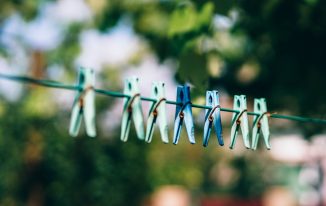 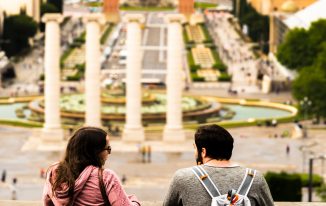