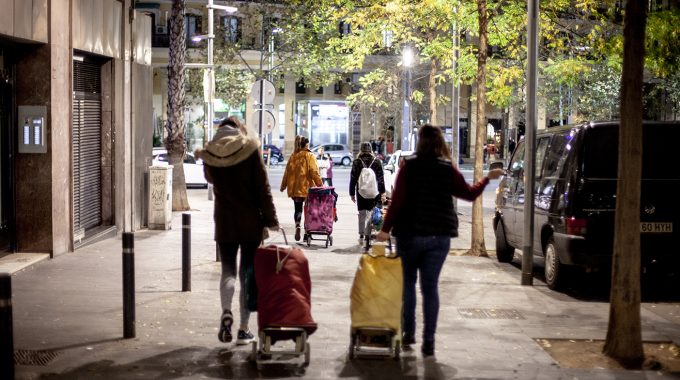 It’s likely that you’ve seen homeless people on the street as you go about your daily routine in Barcelona. Homelessness is a sad reality here, just as it is an any other large city. At this time of the year, when the temperature drops and many of us are making plans to enjoy time with family and friends, the sight of a person huddled in a doorway is particularly troubling.

The reasons people end up living on the streets are complex, but there is something simple you can do to help. This Christmas, Barcelona Family Life is supporting the local homeless organisation Esperança, who are collecting Christmas bags to distribute to homeless people on Christmas Eve. This post will explain what Esperança does and how you can help – right now at Christmas and throughout the year.

Let’s start with the Christmas bags. Once you’ve made your bag you can drop it at my place (in Gracia near Joanic Metro. Email me to arrange annette@barcelonafamilylife.com) and I will make sure it goes out on the Christmas walk on Christmas Eve. If you’re reading this after Christmas, skip down to the bottom to see how you can get involved in Esperança during the rest of the year.

How to make a Christmas bag for a homeless person:

On Christmas Eve, Esperança volunteers will go out with all the Christmas bags donated by people like you and distribute them to people who will be spending Christmas on the streets of Barcelona.

To make a bag, get a Christmas gift bag and fill it with the following items:

Once you’ve made your bag, you can drop it at my place (in Gracia near Joanic Metro. Email me to arrange annette@barcelonafamilylife.com) and I will make sure it gets to Esperança in time for the walk on Christmas Eve.

In December 2013 Julie Stephenson, a British woman living in Barcelona, wanted do some volunteering. Inspired by an organisation called Hope in Liverpool in the UK that helps homeless people, she suggested to her friend Julia Fossi that they set up something similar in Barcelona. They got a group of friends together and simply made some sandwiches and coffee and went out to distribute them.

To keep the momentum going, they set up a Facebook group and a Google doc spreadsheet to organise the weekly walks. It worked, and Esperança volunteers have gone out every week without fail for the last six years. Walks happen on Saturday and Sunday evenings on two distinct routes: one through the Raval and the other near Cuitadella park and Estacio de Nord.

What happens on a walk?

I did my first walk last Sunday, and the way it all comes together is quite remarkable. There are various roles to be filled for each walk laid out in the Google doc (on the Facebook page), and one by one volunteers fill in their names until all roles are filled. There’s a route leader, four walkers, a host (whose home is the meeting point), someone to make the sandwiches and soup, or co-ordinate other donations. What’s really amazing is that there’s hardly any central organisation. If there are spaces to fill a call goes out on the Facebook group and somebody steps up. It’s a method of organisation which really shouldn’t work, but somehow it does.

The idea is that many hands make light work. Every walk is made up of different people, often strangers to each other. Some people volunteer regularly, others just once or twice per year. The different roles mean that almost anyone can participate somehow – people who can’t afford to provide the food can volunteer as a walker, and those who can’t get away in the evening (parents!) can make some sandwiches or soup.

After each walk, the group leader writes a summary of the walk to post on the Esperança Facebook page so that the next group of walkers are aware of any special requests, such as shoes in a particular size, or other useful information.

When I turned up for the walk last Sunday, none of the volunteers knew each other and most of us were first-timers. We introduced ourselves and set about organising the trolleys so that we could easily hand out the sandwiches, juices, soup and clothing, then set off around the Raval to distribute it. Bit by bit we handed out the contents of our trolleys and within a couple of hours everything was gone.

I found it quite unsettling to witness people, many clearly quite vulnerable, just trying to survive from day to day on the street. Of course, we couldn’t solve the complicated problems that have led to these people being homeless, but I felt pleased to have done at least something to make their evening a little better. I got the impression that it’s not just the food and clothing that we gave out that people appreciated, it’s that someone stopped to chat and asked them how they were doing.

By the time we reached the drop off point for the trolleys (the home of the host of next week’s walk) our group were chatting like old friends. There was a sense of having done something useful that gave everyone a boost. Later when I got home, I felt deeply grateful as I opened the door to my warm apartment.

How can you get involved with Esperança throughout the year?

The first thing to do is sign up to the Esperança Facebook group and have a look around. Find the Google Doc (it’s in the About section) and see what you can sign up for – perhaps a walk or making some sandwiches to drop off to the host house. There are instructions to follow for food donations so make sure you read them – not everything is suitable, and food needs to be individually wrapped to make it easy to give out.

You can also donate clothes and other useful items like sleeping bags. Please take a moment to think about whether items would be useful to people living on the street. Warm jackets, socks and underwear are always welcome (high heels etc, not so much. They can go to the charity shop or Punt Verd).

You could set up a box at your school or office and ask classmates or colleagues to donate a pair of warm socks, then drop them at the host houses for the walks that weekend.

The beauty of the way Esperança is organised that volunteering doesn’t require a huge regular commitment – you can contribute every week, or just once or twice a year. The Facebook group has over four and a half thousand members so if everyone just did one thing, once per year, there would be more than enough people. I’ve made a New Year’s resolution to participate somehow four times during the year, could you do something similar? 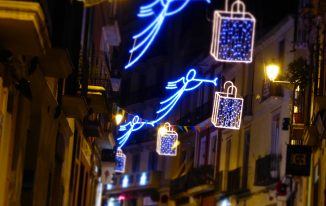